Welcome to the Living Economy, the leading edge of a rapidly emerging sector which is defying the recession in its continued growth and development.

Why? How? Because the thinking, strategies, technologies and people engaging with the Living Economy are restoring biological resources, regenerating communities and repairing the ecological and economic connections which underpin prosperity.

This is the future, and it's now.

Please note that this website is archived. The content is online for inspiration, in fact, we feel it is more relevant today than ever.

Featured from our blog 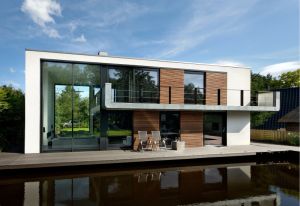 Let's take an example from the early 2011 season of massive floods which have literally deluged every inhabited continent. Obviously rescue and relief come first, but the situation has also inspired a burst of creative responses from the planning and design side of things: floating houses (such as the work of Koen Olthuis and Waterstudio in the Netherlands) , even floating communities and entire cities (such as this proposal for an Embassy of the Drowned Nations) are predicted for the future.
Recent Posts. To see all stories click here
We abuse land because we regard it as a commodity belonging to us. When we see land as a community to which we belong, we may begin to use it with love and respect.
— Aldo Leopold

currently and recently working with